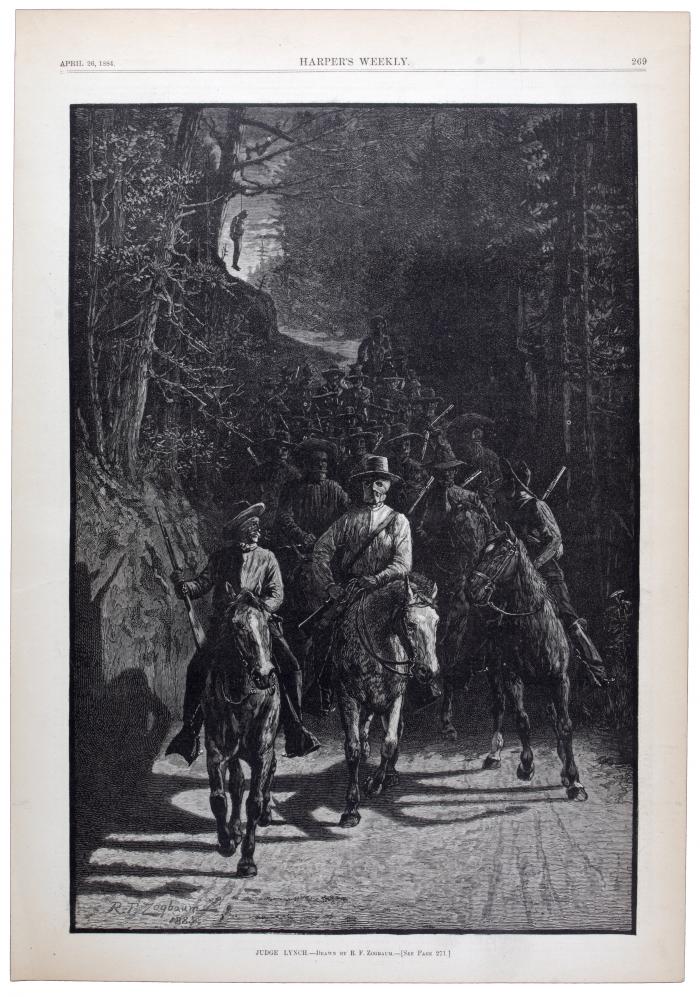 Lynching refers to the unsanctioned killing of a person or persons by another group of people, usually for some perceived or real crime against the community. The term is said to derive from the name of Charles Lynch, a Virginia Justice of the Peace who advocated for the extrajudicial hanging of Loyalists during the American Revolution. In the decades following the end of Reconstruction, lynching was commonly used by white supremacists across the South to terrorize African Americans. It is estimated that at least 4000 Black Americans were murdered by lynching between 1877 and 1960. This illustration from the April 26, 1884 edition of Harper’s Weekly depicts a group of heavily armed, masked men riding away from the scene of a lynching where the body of the victim still dangles from a tree branch. White supremacist organizations such as the Ku Klux Klan and Knights of the White Camellia often wore masks to disguise the identities of their members, many of whom were prominent figures in their home communities.