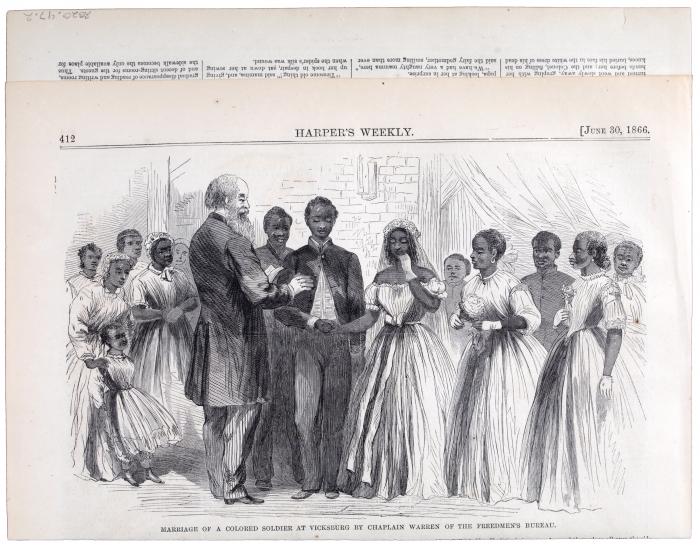 Although enslaved people married and formed families before the Civil War, their marriages and families were not legally recognized and could be broken up whenever a slaveowner sold or gave one or more of the enslaved family members to another owner. After the Civil War, passage of the 13th Amendment gave African Americans the full rights of United States citizenship, including the right to marry legally, and many formerly enslaved people chose to exercise that right in the first few years following the war. Because many white clergymen in the South still refused to perform marriage ceremonies for African Americans, the weddings were often officiated by chaplains from the US military or the federal Freedmen's Bureau that was charged with providing assistance to formerly enslaved people in the South. This print from 1866 depicts Chaplain Joseph Warren of the Freedmen's Bureau presiding over the marriage of an African American couple in Vicksburg, Tennessee. The groom wears a US Army uniform, suggesting that he was one of the approximately 200,000 Black soldiers and sailors who served in the Union armed forces during the Civil War.