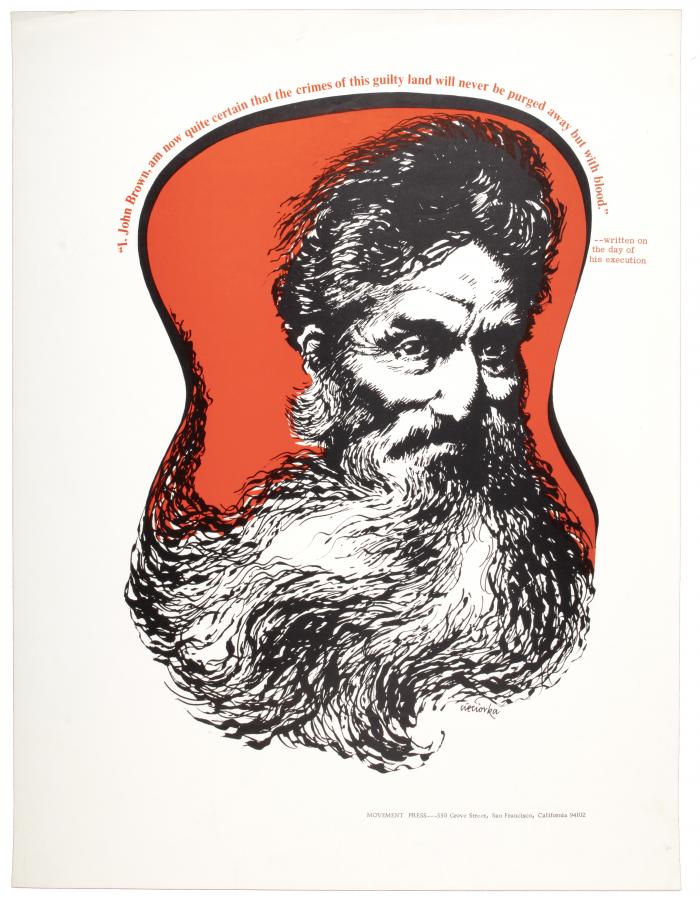 John Brown: The Crimes of This Guilty Land Will Never Be Purged Away but with Blood

John Brown was a white abolitionist who in 1859 led an attack on a US military arsenal in Harper’s Ferry, Virginia (now West Virginia) as part of an effort to instigate an armed uprising that he hoped would overthrow the institution of slavery in America. Although Brown and his men were initially successful in seizing the armory, the larger uprising failed to materialize, and within two days the arsenal was re-captured and Brown arrested by an army unit under the command of Robert E. Lee, the future Confederate general. Brown was tried for treason and murder, and his execution on December 2, 1859 inflamed the conflict between pro- and anti-slavery activists and helped lead to the outbreak of the Civil War in 1861. Interest in John Brown was revived again in the 1960s as different factions within the Civil Rights movement debated the relative merits of pacifist non-violence versus more aggressive armed struggle. This image of John Brown first appeared on the cover of the April 1969 issue of The Movement, a publication produced by the Student Non-Violent Coordinating Committee of California, and was later issued by The Movement Press as a stand-alone poster. It was designed by Frank Cieciorka, a dedicated activist who took part in the 1964 Freedom Summer voter registration campaign in Mississippi as well as other Civil Rights campaigns across the South during the 1960s.