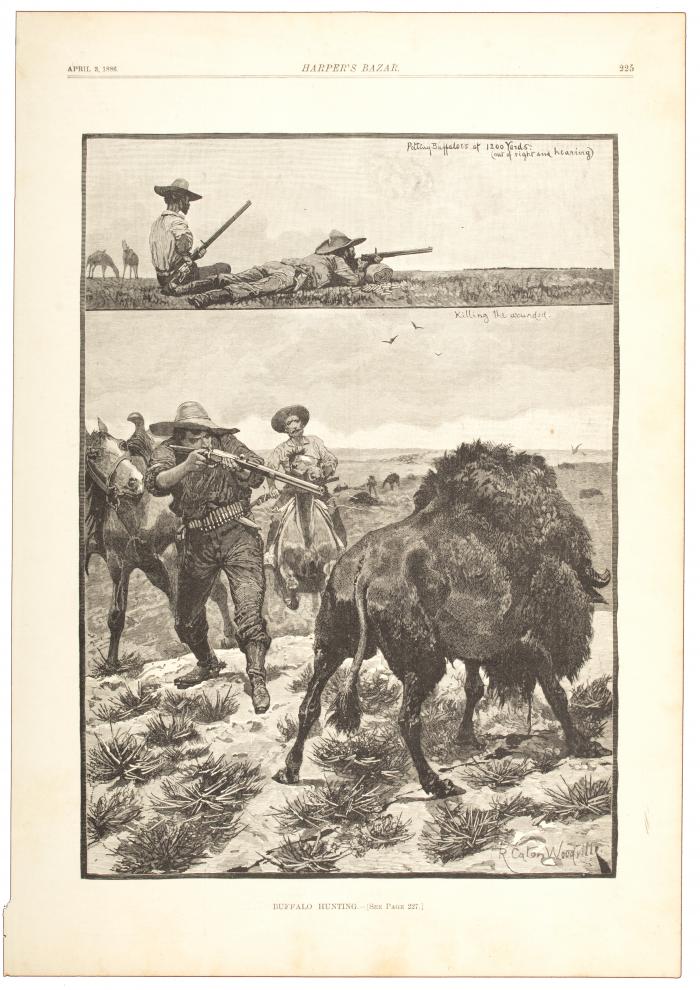 The largest land animal native to North America, the American bison—sometimes mistakenly called a buffalo—was once widely distributed across the eastern and central portions of the United States, southern Canada and parts of northern Mexico. Biologists estimate that in 1600 there were as many as 50 million bison in North America. By 1900, fewer than 100 remained in the wild. Most of the bison were killed by professional hunters during the second half of the 19th century; in the winter of 1872-73 alone more than 1.5 million bison were killed in the United States. Bison were commercially hunted primarily for their hides, which were used to make robes, coats, boots and industrial machine belts. There was also a market for dried bison bones, which were used in the manufacture of glue, fertilizer and printing ink. As this print shows, professional bison hunters often worked in teams composed of shooters, reloaders, skinners and packers. This division of labor made the hunting teams lethally efficient and allowed them sometimes to kill more than 100 bison in a single day. As it became clear that bison were in danger of becoming extinct, conservationists began efforts to preserve herds of the animals in national parks and on private ranches. Today there are approximately 500,000 bison in the United States, only 15,000 of which are considered to be truly wild.