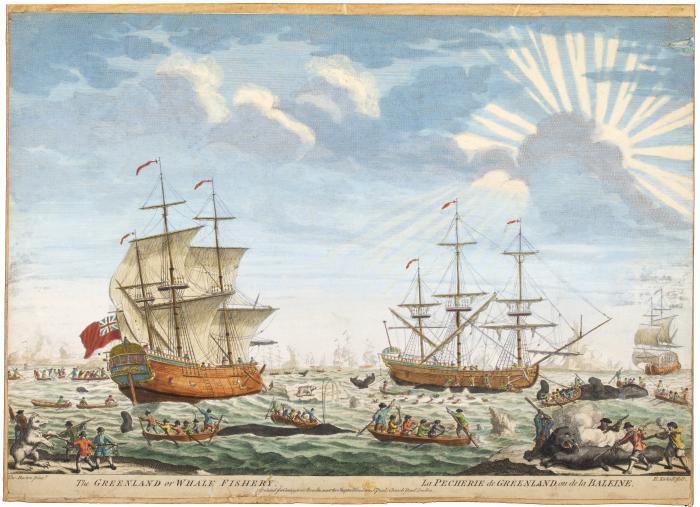 The Greenland or Whale Fishery

The world’s first oil boom was centered not around petroleum oil, but whale oil. Whale oil was obtained by boiling strips of whale blubber to produce a yellow-brown liquid that could be used to make lamp fuel, machine lubricant, soap, and various other products. In the 18th and 19th centuries, European and American whaling ships scoured the globe hunting whales in the Atlantic, Pacific, Indian, and Arctic oceans. Those ships killed so many whales that multiple species of whale were in danger of becoming extinct by the beginning of the 20th century. Hunting quotas and other conservation efforts have allowed some whale populations to recover in recent decades, but several species are still endangered and others will face new existential challenges as plastic pollution and rising water temperatures transform the world's oceans in the 21st century. This 18th-century print of English ships slaughtering whales in the seas off Greenland gives a sense of the almost industrial scale of European whale hunting at that time.