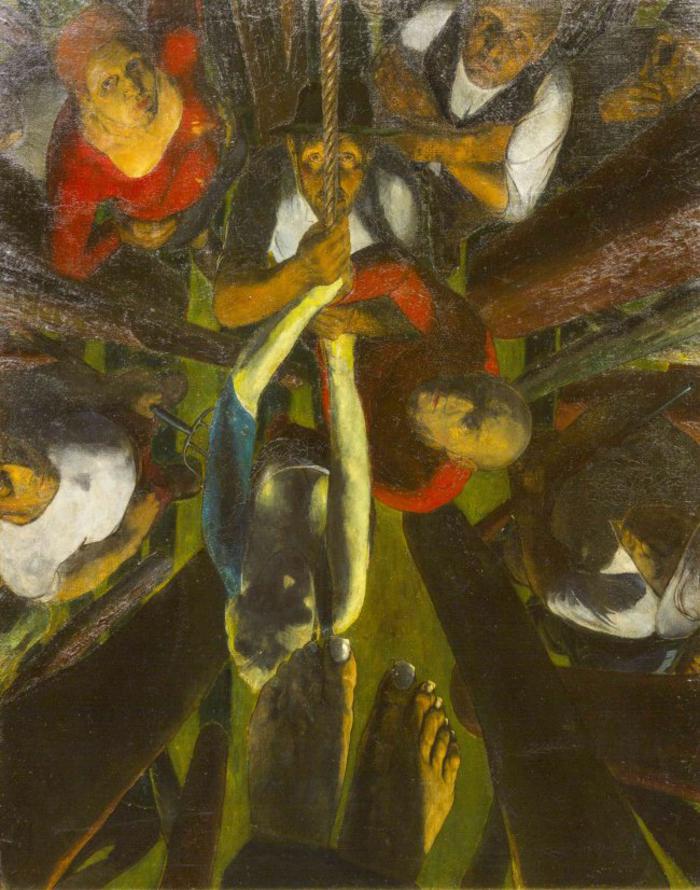 The disruptions to established social and economic orders in both the South and the North caused by the Great Migration led to an upsurge in lynchings and other forms of racial violence across the United States in the years between the two world wars. Civil Rights organizations like the National Association for the Advancement of Colored People (NAACP) and the Universal Negro Improvement Association (UNIA) used these lynchings to shock the consciences of liberal white Americans and to press for greater racial equality and justice. This unsettling painting from 1932 reflects the impact of lynching on American culture during those interwar years. It depicts a lynching from the perspective of the person being hanged. Looking down past a pair of bound feet at the faces of the lynch mob, we are forced to imagine the terror of the victim, and to wonder at the level of hatred and moral indifference to human life that could inspire such a grotesque act of violence. The painting was created by Hans Weingaertner, a German-born artist who emigrated to the United States in 1922. Before he left Germany, Weingaertner had been associated with the New Objectivity Movement, a loose association of politically progressive artists active in the years after the First World War who believed that art should reflect social reality, even if that reality was ugly and uncomfortable.