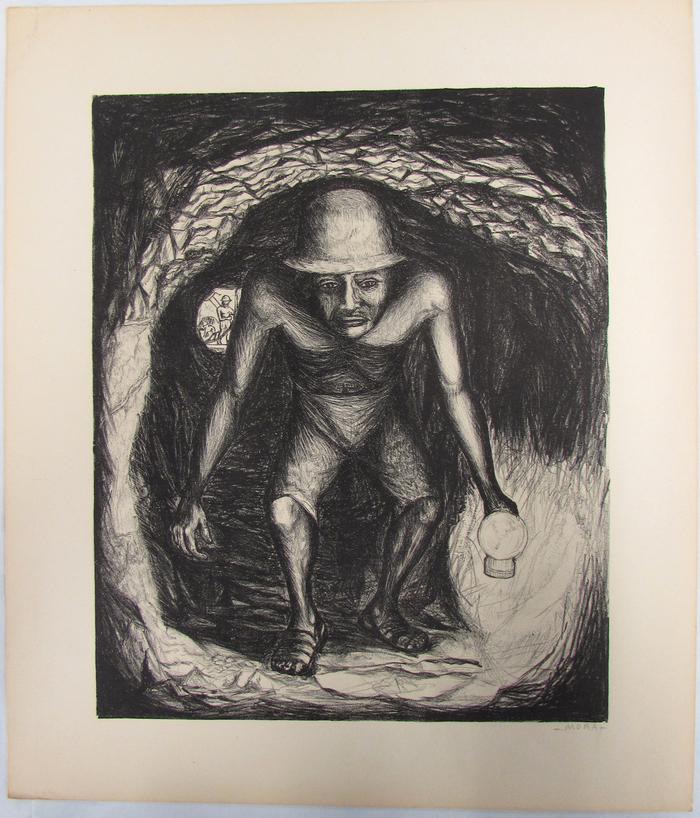 Mexico is home to some of the richest silver deposits in the world. After the Spanish conquest of Mexico in the 16th century, huge quantities of Mexican silver were shipped overseas to fuel the economies of Europe and Asia. Historically most Mexican silver was mined by hand. Miners often worked in low tunnels with poor ventilation and drainage and accidental deaths were common. The exploitation of Mexican mines and miners continued well into the 20th century, as we see in this Francisco Mora print depicting a miner working in the state of Hidalgo north of Mexico City.