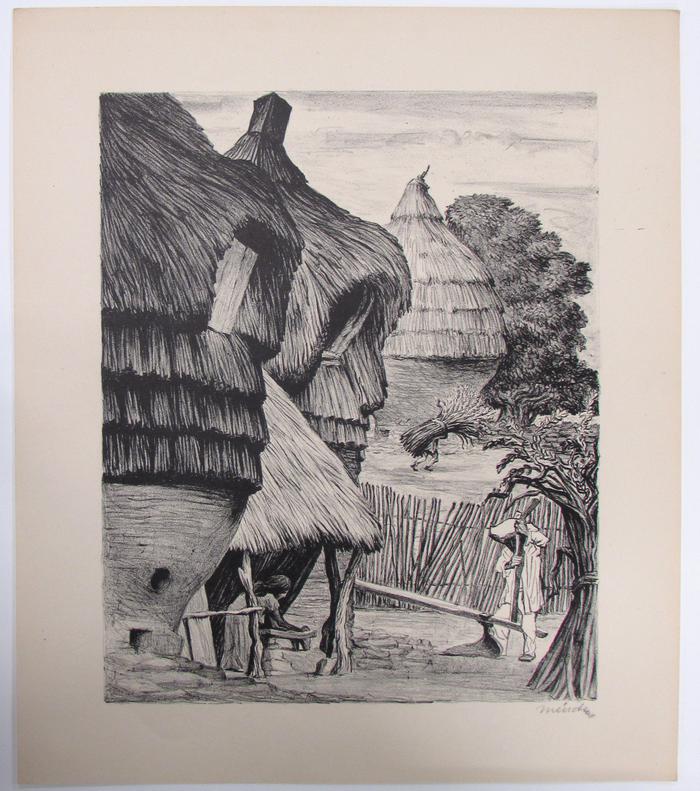 Maize, better known in the United States as corn, was first domesticated as a cereal crop by the indigenous inhabitants of Mexico and other neighboring countries more than five thousand years ago. It was the staple food of all pre-Hispanic Mexican civilizations and remains central to the cuisine and culture of Mexico today. To extend its usefulness as a food, maize is typically dried and stored in a granary called a coscomate. This print depicts a traditional form of coscomate granary found in central and southern Mexico. Leopoldo Mendez ranks among the most important Mexican printmakers of the 20 th century. He was a left-wing political activist and much of his work was focused on advancing the goals of the Mexican Revolution, especially those promoting the interests of
Mexico’s workers and farmers.