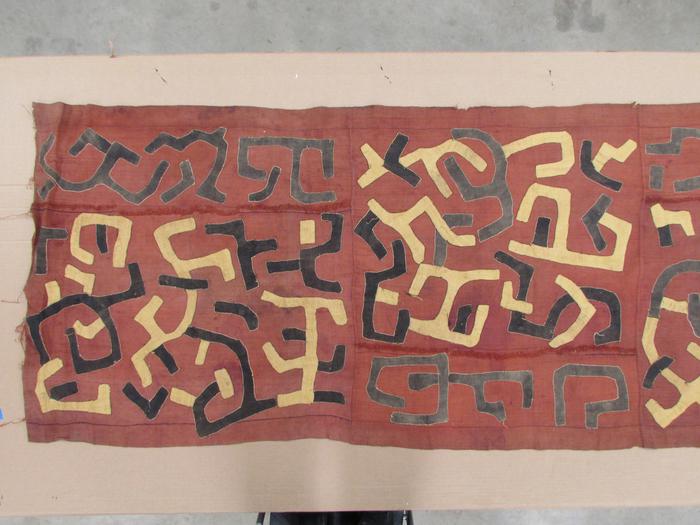 Cloth for a Ceremonial Skirt (N'gongo)

Kuba (Democratic Republic of the Congo)

The Kuba people originated as a confederation of similar ethnic groups who came together in the 17th century to create a powerful kingdom in what is now the Democratic Republic of Congo. The Kuba cultivated several species of raffia palm, the leaves of which were processed into fibers that was used to make cloth, baskets and other useful items. This long section of raffia cloth was originally part of a wraparound skirt that would have been worn by a woman on ceremonial occasions. It is decorated with an irregular geometric typical of Kuba textiles. Such textiles were avidly collected by European artists like Henri Matisse and Gustav Klimt who admired the cloth’s apparently modern aesthetic.