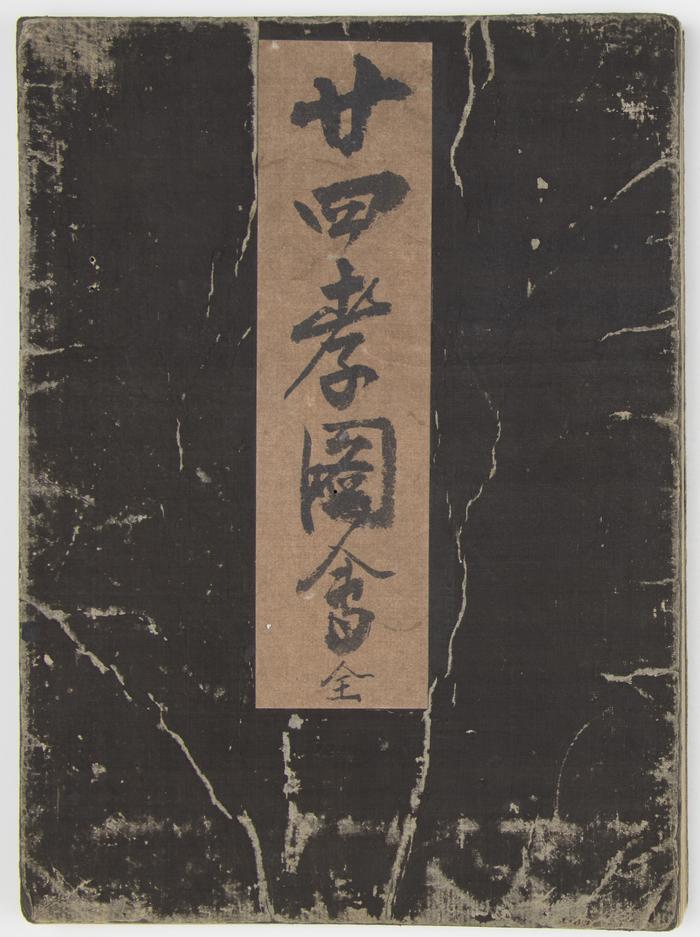 Filial piety (xiao) is the respect, reverence and gratitude that younger people should feel for their parents, grandparents and ancestors. It is one of the key Confucian virtues and a central component of Chinese culture. Confucius and his followers viewed the world as a series of concentric rings, with the nuclear family at the center, surrounded by extended family, home town, home state, and home country in the outer rings. Just as individuals owe filial respect and obedience to their parents and grandparents, so too do they owe respect and obedience to their elders and superiors in the other social rings. Thus, filial piety is the glue that holds the entire social and political system together. Filial piety is referenced in many Confucian texts going back to antiquity. This particular text was written by author Guo Jujing during the Yuan Dynasty (1260-1368). It recounts the stories of twenty-four characters from Chinese history and legend who demonstrated extreme and sometimes bizarre level of filial piety. For example, there is one story about a young boy who offers his body to be bitten by mosquitoes so that his parents can sleep at night, and another story about a man who dresses up as a deer in order to obtain wild deer milk that is needed for his parents’ medicine. During the Yuan dynasty, China was ruled by the Mongols, who did not have much respect or use for traditional Confucian culture, so this book may have been written as a way to preserve Chinese culture in the face of an alien political regime.