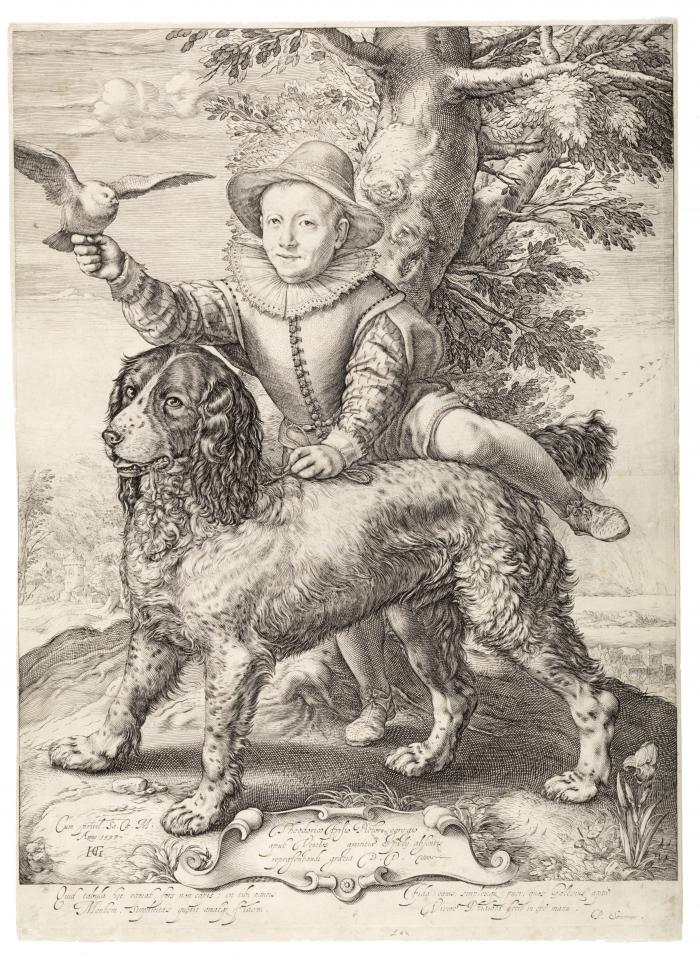 Frederick de Vries and his Dog

Hendrick Goltzius was the leading Dutch engraver of the Early Baroque period. Goltzius was an internationally acclaimed artist with patrons across Europe, including numerous members of the nobility. In the 1590s, Goltzius became the guardian of Frederick de Vries, son of his friend and fellow artist Dirck De Vries, while Dirck was away working on a commission in Venice. In this piece, Goltzius uses lines varying in style and size, as well as depth of tone, to capture the playfulness of the scene and give the print a highly naturalistic quality. The Latin inscription beneath the image reads, “You may not understand what is contained in this work. Here is the meaning in a few words. Simplicity seeks and loves faithfulness.The faithful dog and the innocent boy, whom Goltzius brought to life in copper with a Phidian hand.” This is a reference to Phidias, the ancient Greek artist considered to be the greatest of all Classical Greek sculptors, and is a compliment to Goltzius’ skill. In 17th century writings about this print, the dog is sometimes interpreted as a teacher charged with looking after his human charge, while the bird is seen as either a message carrier or a symbol of childish innocence. [Madeleine Zimmerman 2020]