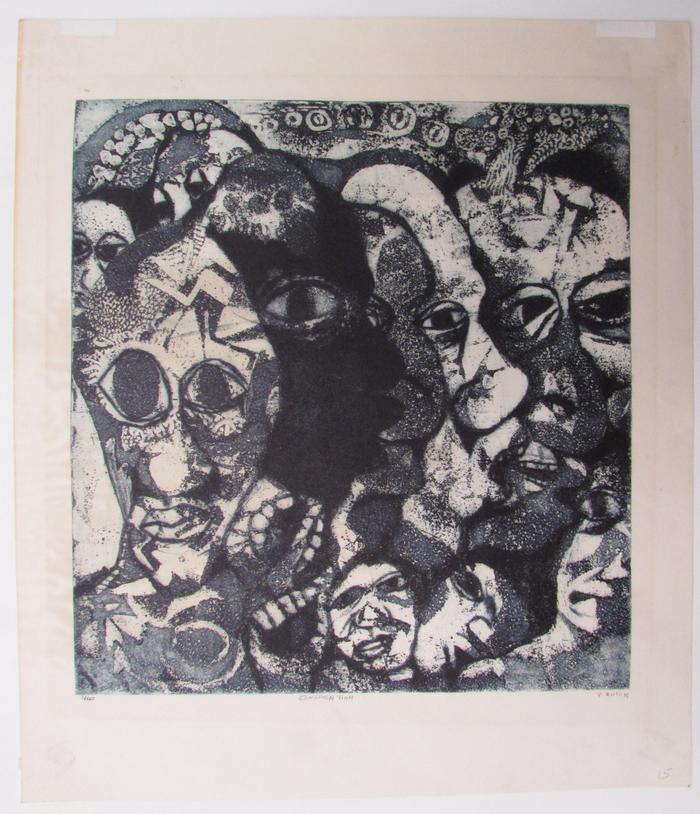 As a black South African living during the Apartheid era, Vuminkosi Zulu was subject to laws that restricted virtually every aspect of his life, from the education he could receive to the occupations he could pursue. Zulu received his first artistic training in high school in the KwaZulu-Natal region of South Africa where he was born and raised. He later continued his art studies at the Swedish Evangelical Lutheran Church’s Art and Craft Centre at Rorke’s Drift, which had been established in 1962 to give black South Africans an outlet for their creativity and to help them develop marketable skills. Zulu quickly earned a national and international reputation as a printmaker and sculptor, winning several prestigious awards and participating in numerous exhibitions. Zulu was poised to achieve even greater success after the Apartheid regime fell in 1994, but sadly he died of cancer just two years later.