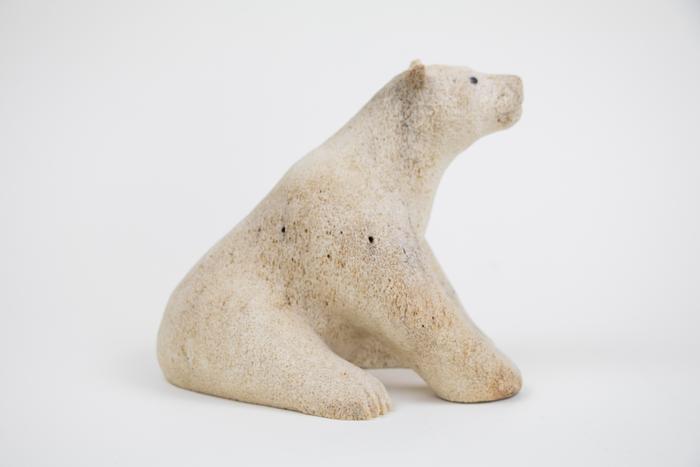 The Inuit people (formerly called Eskimos) live in Alaska and the Canadian arctic. Historically, the
Inuit created sculptures of important animals from their environment to use as totems in their religious
rituals or as visual aids in their storytelling. Most traditional Inuit animal sculptures were quite small so
that they could be carried easily as the Inuit bands moved from place to place in search of food. With
the arrival of Europeans in the arctic, the Inuit began to make larger sculptures as trade goods. When
the Canadian and American governments began to settle some Inuit bands in fixed communities
during the 20 th century, they encouraged Inuit carvers to produce commercial sculptures as a way of
earning extra income.