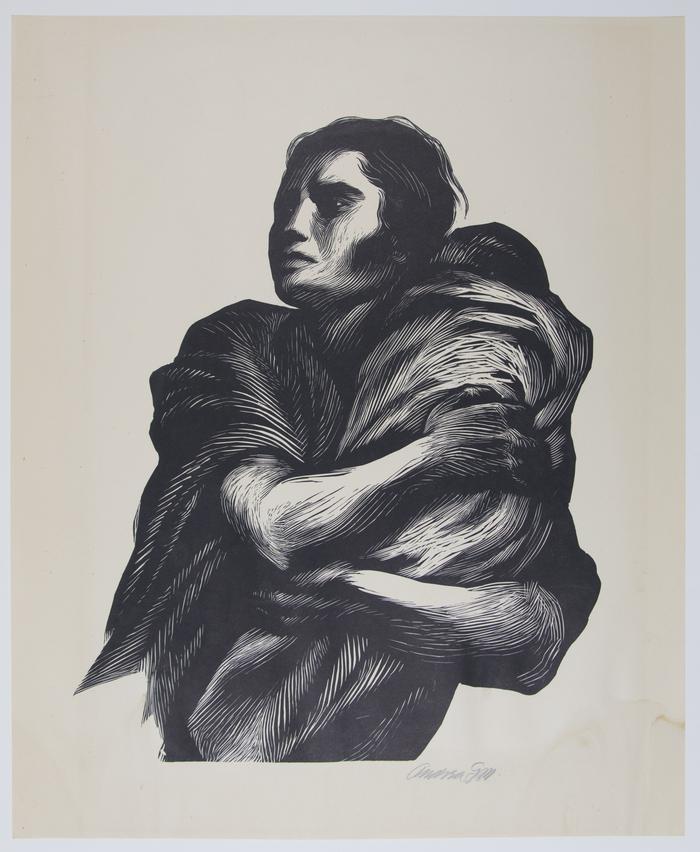 Trained as a painter and printmaker, Andrea Gomez y Mendoza joined the Mexico City-based People’s Graphic Workshop in the early 1950s. She created this image of a woman striking a defiant yet protective pose with her child in 1956 as a protest against the global threat of nuclear war. The print won international acclaim and earned Gomez invitations to visit Cuba, China, the Soviet Union and multiple countries in Eastern Europe during the late 1950s and 60s.