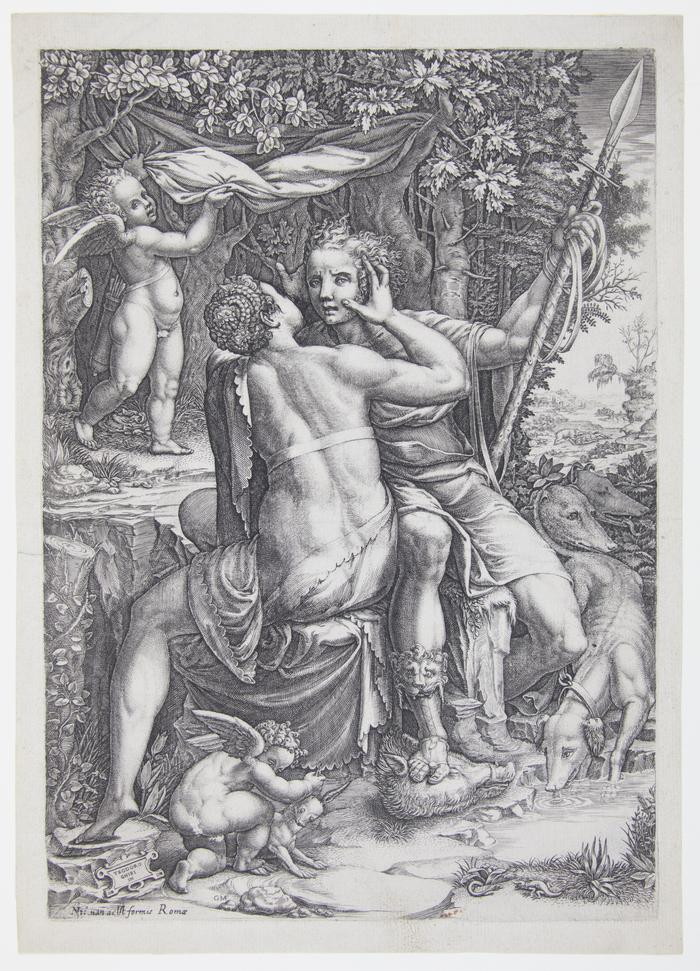 This print is based on a painting by the artist’s younger brother, Teodoro Ghisi (1536-1601). Prints inspired by paintings and drawings became common in Europe during the 16th century as artists sought to build name recognition and earn extra income by reproducing popular designs. Because it combines elements of both romance and tragedy, the legend of Venus and Adonis was a favorite subject among European artists and audiences between the 16th and 18th centuries. This image portrays Venus attempting to restrain Adonis as he prepares to go on a hunting trip that will ultimately lead to his death. An earlier owner of this impression was evidently bothered by the nude figures in the image, so he penned in a diaphanous skirt to cover Venus’s naked backside and erased the genitals of the surrounding cherubs.

Animals: Domesticated and Wild
Beauty and the Body
Greek and Roman Myths
Love and Friendship