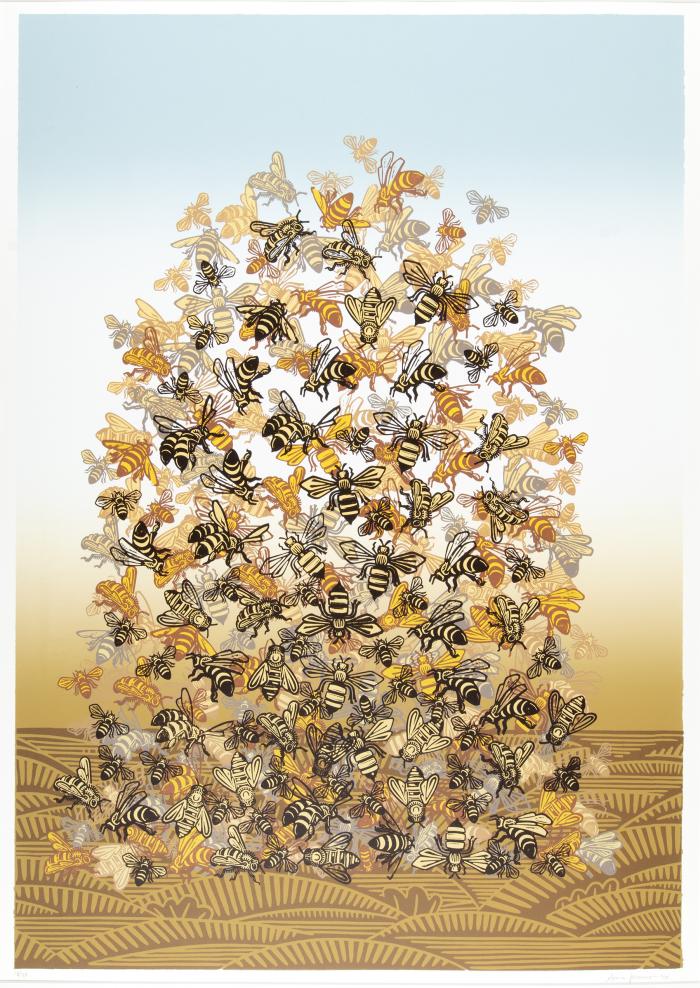 California artist Sonia Romero created this image in 2010 in response to news stories about colony collapse disorder, a phenomenon in which the disappearance of worker bees leads to the demise of entire bee hives. Because much of the world’s food chain relies on crops that are pollinated by bees, colony collapse disorder poses a grave environmental threat not only to humans but to many other species of mammals and birds as well. The occurrence of colony collapse disorder has been steadily increasing since the early 2000s and scientists do not yet fully understand how to combat the problem.