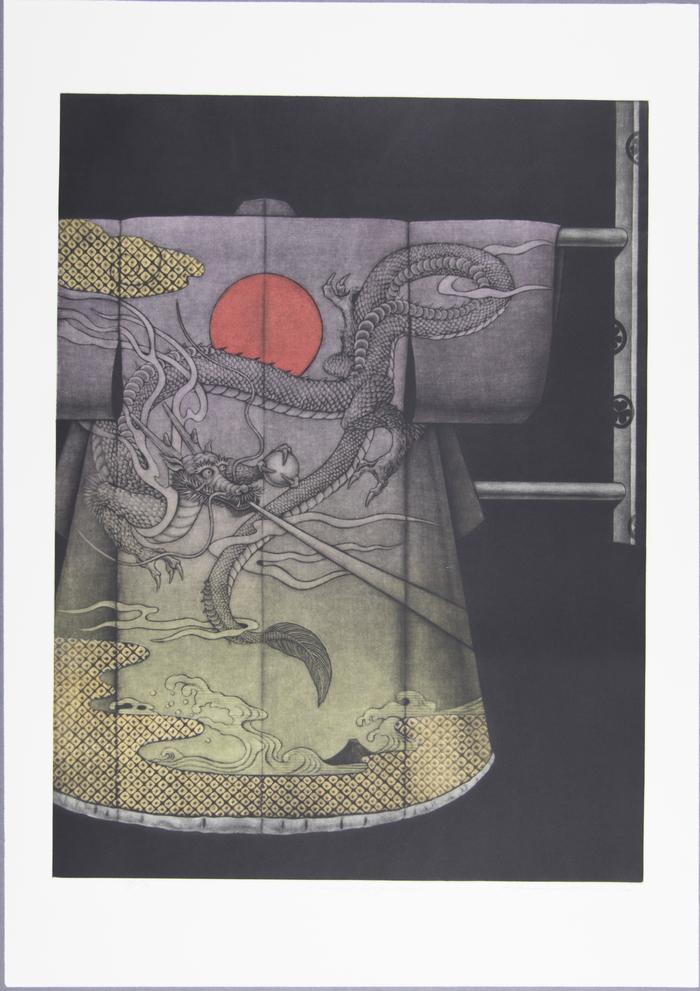 Gift of Arthur and Kristine Rossof

After graduating from Tokai University in 1973 with a degree in painting, Katsunori Hamanishi turned to printmaking and soon developed a special passion for mezzotints. Early in his career, Hamanishi won widespread acclaim for his sculptural images of tree branches, metal bars and rings tied with elaborately knotted ropes. In the 1990s, his work became more abstract, emphasizing the compositional interplay of different shapes and textures. Since the early 2000s, his work has grown increasingly representational with images of landscapes, gardens and textiles that emphasize pattern, color and space. The latest phase of Hamanishi’s career is exemplified by Kimono - Dragon Beam, which depicts a traditional Japanese robe hanging on a clothing rack.