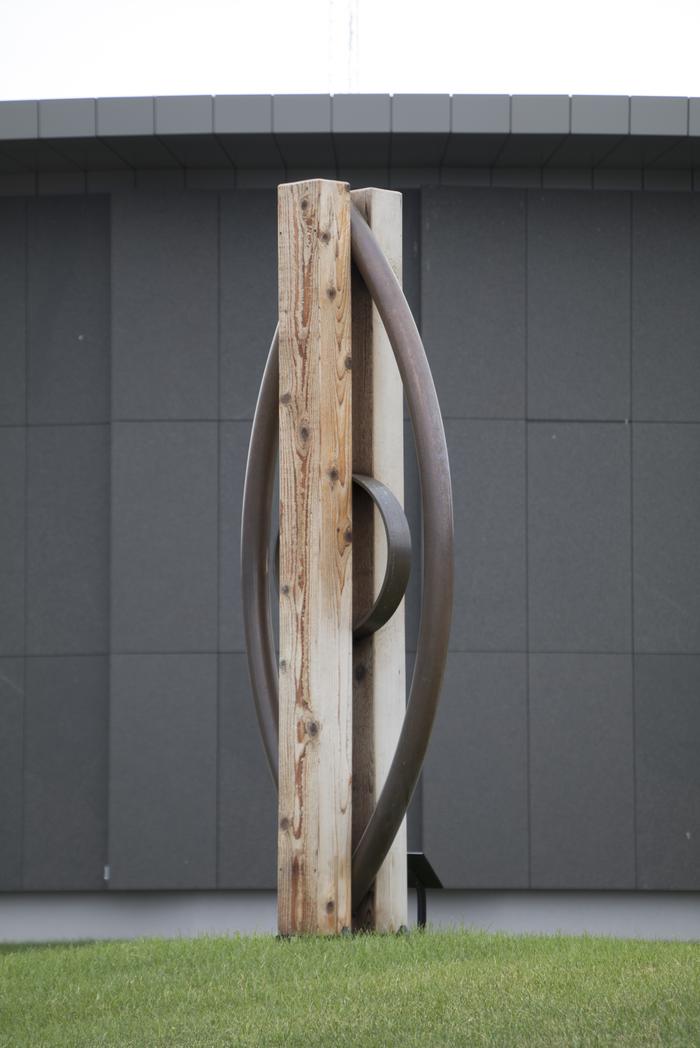 Pulse of Morning II is based on a sculpture that was originally commissioned by the American Fertility Society (now American Society for Reproductive Medicine) for its Birmingham, Alabama headquarters in 1993. The artist, Murray Dewart, explained the form of the sculpture this way: “The core biological truth of life, whether in the bud or in the embryo, is told in the simple outward push or pulse of a growing form. Life grows outward, pulses outward and the curved silhouette of this sculpture reiterates that principle. The ring at the center, around which the tubular forms arc and curve, is the signifying center, like the mandalas of the eastern religions (Sanskrit world for circle.) It is the most ancient emblem and symbol of the eternal, and together with the arcs, it reads as both eye and opening, recalling the Christian iconography of revelation. The sculpture takes its title from the poem of Maya Angelou read at the Clinton inaugural. Her words and her stance to the world were prophetic and life-affirming, and it is with that spirit that I want this sculpture resonating.”