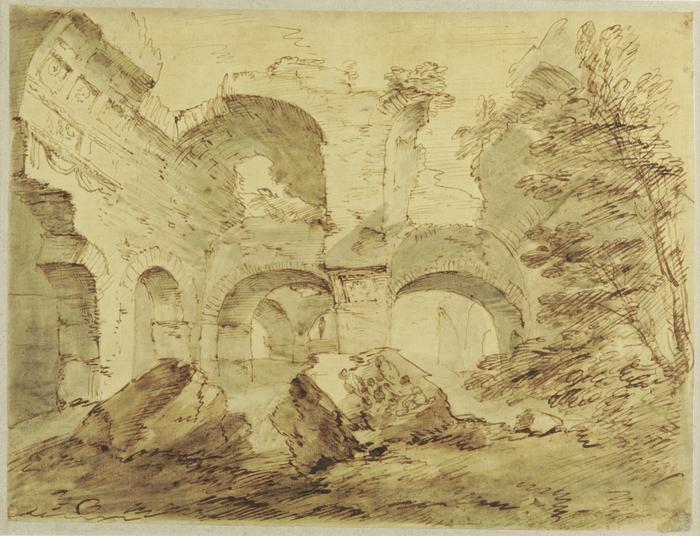 Ink and graphite on paper

Romanticism was a literary and artistic movement that flourished in Great Britain and Europe during the late 18th and early 19th centuries. Romantic writers and artists advocated for an emotional engagement with the world and saw beauty in both the creative and destructive powers of nature. For the Romantics, ruins were bittersweet reminders of time’s fleeting nature and the relative insignificance of individual human existence. The ruins depicted in this drawing have not been identified. The drawing is attributed to John Coney, a British artist known especially for his images of architectural subjects.

Buildings Bridges and Other Structures