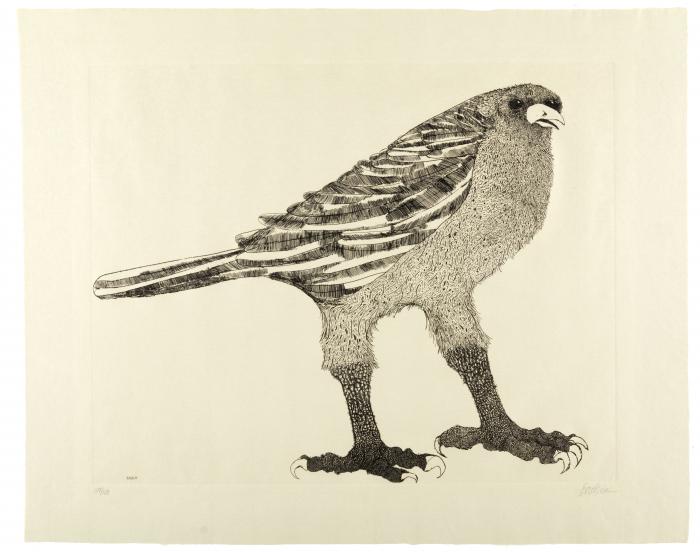 Leonard Baskin taught at Smith College from 1953 to 1974 and Hampshire College from 1983 to 1994.  He worked in sculpture, painting and printmaking, and taught his students that art should reveal aspects of the human condition.  In 1970, Baskin collaborated with British poet Ted Hughes to illustrate a volume of poetry titled Crow: From the Life and Songs of the Crow.  Those illustrations became part of a larger series of images in which Baskin depicted crows and other birds as both beautiful creatures and symbolic objects.

Crow Blacker Than Ever

But Crow. Crow
Crow nailed them together,
Nailing Heaven and earth together -

Then heaven and earth creaked at the joint
Which became gangrenous and stank -
A horror beyond redemption.

The agony did not diminish.

Man could not be man nor God God.

Crying: 'This is my Creation,'
Flying the black flag of himself.