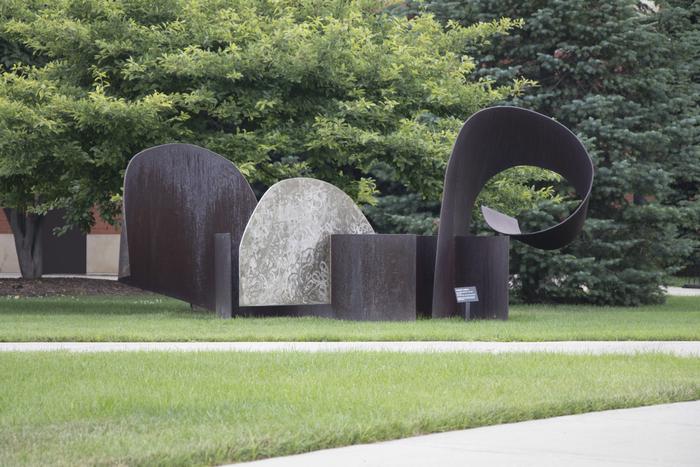 Originally from New York, Lila Katzen received her BFA from the Cooper Union Art School and later studied privately with Hans Hoffman. She began her artistic career as an abstract painter and had her first solo exhibition at the Baltimore Museum of Art in 1955. In the late 1950s, Katzen began painting on sheets of acrylic that she installed in three-dimensional formations and illuminated with colored lights. These acrylic installations led Katzen to begin working with more traditional materials like steel and bronze, and by the early 1970s she was creating large-scale sculptures for display both indoors and outdoors. Katzen’s sculptures are typically abstract, featuring planar geometric shapes and sinuous curving forms. Critics admired her work for its combination of gracefulness and monumentality, and she won numerous public commissions. Her work has been collected by the National Gallery of Art, the Getty Museum, the Wadsworth Atheneum, the Baltimore Museum of Art and the Birmingham Museum of Art, among others.