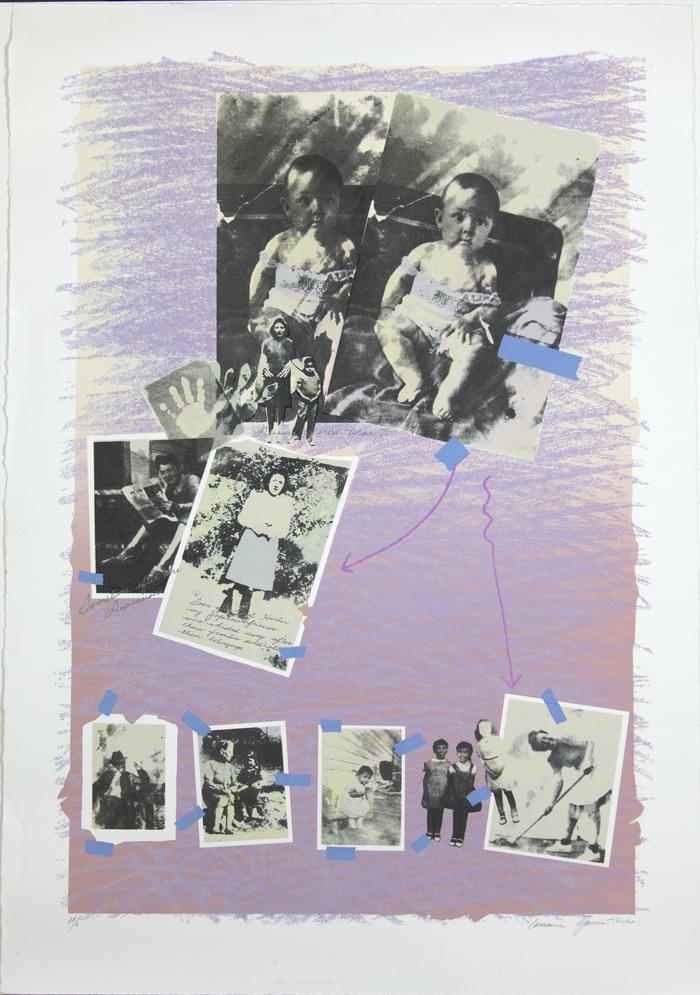 The text written on this print reads, “During World War II, sometime after the Depression, soon after Pearl Harbor my Japanese friends were whisked away after their families sold all their belongings.” The inscription refers to a shameful episode in American history when, following the 1941 Japanese attack on Pearl Harbor, the United States government rounded up approximately 120,000 Japanese Americans living in the western United States and incarcerated them in military prison camps with no trials and no evidence, on the mere suspicion that they might aid the Japanese war effort. Many of the imprisoned Japanese Americans were forced to sell or abandon their homes, automobiles and other personal possessions, and a significant number of them suffered physical injury, psychological trauma and even death as a result of their involuntary confinement. Some historians and cultural commentators have drawn parallels between the government’s internment of Japanese Americans during World War Two and its mistreatment of other immigrant and minority communities in more recent decades. Lorraine Garcia Nakata is a third-generation Mexican American artist who grew up in California’s Central Valley, where many of the imprisoned Japanese Americans once lived. In the 1970s, Garcia Nakata was a member of the Royal Chicano Air Force, an important Chicano Art collective active in the Sacramento area. She later established an independent art studio and has created a diverse body of work that addresses intersectional issues of class, gender and ethnic identity.