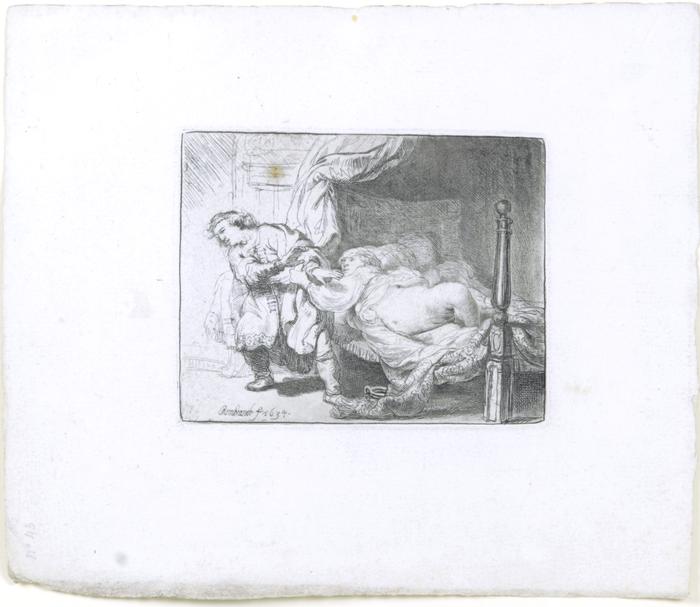 The Sarah and Grace Collection

The Book of Genesis tells how Joseph, son of Jacob, was sold into slavery in Egypt and became the servant of an official named Potiphar, whose wife once tried to seduce Joseph. When Joseph rebuffed her advances and fled, Potiphar’s wife grabbed his coat and later used it to accuse Joseph of assaulting her. Rembrandt’s depiction of this story shows a semi-naked woman attempting to drag a young man into her bed. There is nothing distinctly Egyptian about the scene, and were it not for the title, it would be difficult to connect this image to the biblical tale. Although Rembrandt’s division of the composition into clearly defined light and dark areas makes it possible to read the image metaphorically as a commentary on the conflict between lust and virtue, the overt sensuality of the woman’s body made the print too risqué for many buyers in Rembrandt’s life time. After Rembrandt’s
death, the plate passed through the hands of many owners and was re-worked and re-printed multiple times. This impression taken from the final state of the plate was printed sometime in the 19th century.