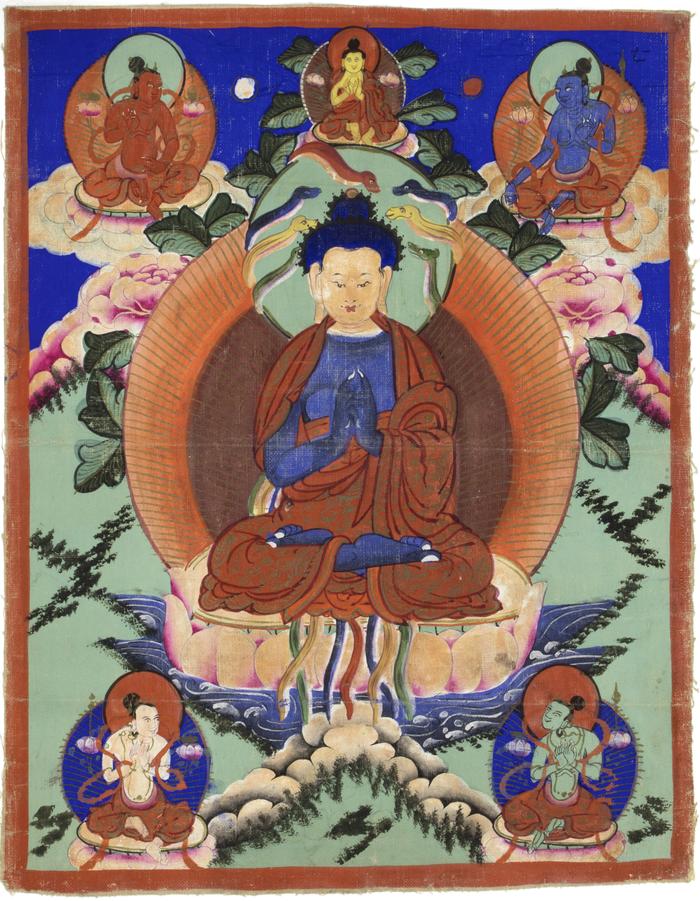 Nageshvararaja is portrayed here with a blue body and white face, sitting cross-legged in a meditation position with his hands held in front of him in a gesture signifying supreme enlightenment. Seven multi-colored serpents appear in the halo around his head and on the lotus pad beneath his body. The small figure directly above Nageshvararaja is the Indian sage Nagarjuna, whose iconographic attributes often resemble those of Nageshvararaja. The four figures seated on the ground around Nageshvararaja are snake spirits (nagas) appearing in human form. Nageshvararaja is an esoteric buddha who was traditionally revered as a meditational deity in Mongolia. He is sometimes also included among the Thirty-five Buddhas of Confession, whose existence and attributes were elaborated by the monk Tsongkhapa in the 14th century. Prayers to the Buddhas of Confession were traditionally offered at Mongolian Buddhist temples and monasteries during monthly rituals in which the monks confessed to any violations of their spiritual vows.