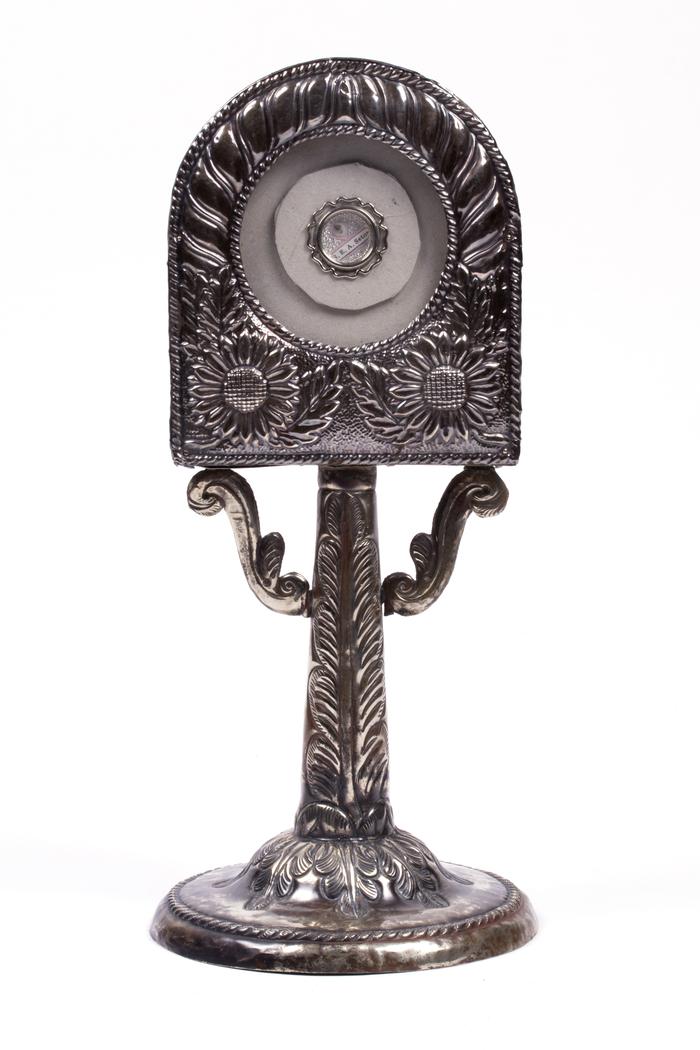 This reliquary contains an authentic relic of Saint Elizabeth Ann Seton (1774-1821), the first American-born Roman Catholic saint. Elizabeth Ann Bayley was born in New York City and grew up in a middle-class Episcopalian family. At age 19, Elizabeth married William Magee Seton, a prosperous merchant, and with him had five children. Elizabeth always had a keen impulse toward religion and social justice, and in 1797 she became a founding member of the Society for the Relief of Poor Widows with Children. William Seton began experiencing problems with both his business and his health in 1800, and in 1803 he died while undergoing treatment for tuberculosis in Italy. Elizabeth received comfort and assistance from several Roman Catholic families while she was in Italy dealing with William’s death, and in 1805 after returning to the United States she converted to the Roman Catholic faith. To support herself and her children, Elizabeth opened several schools for Catholic girls and young women, first in New York City and later in Emmitsburg, Maryland where she also established a community of religious sisters to care for children of the poor. Elizabeth’s reputation for compassion and kindness extended beyond her death in 1821 and several people reported being miraculously healed after praying to her. She was beatified by Pope John XXIII in 1963 and canonized by Pope Paul VI in 1975. Saint Elizabeth’s bodily remains are interred in a copper casket beneath the altar of a basilica dedicated to her in Emmitsburg, which has become a destination for American Catholic pilgrims. Relics have been taken by the Church during cleanings of Saint Elizabeth Ann Seton’s casket three times, in 1975, 1988 and 1997. The relic in this reliquary was collected in 1997.