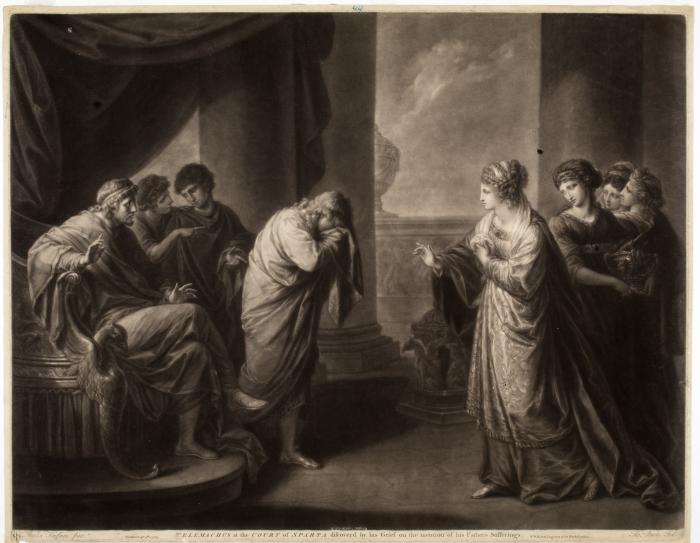 Telemachus at the Court of Sparta

In Greek mythology, Telemachus was the son of Odysseus and Penelope. This mezzotint depicts a story from The Odyssey in which Telemachus goes in search of Odysseus and is moved to tears by an account of his father's tribulations provided by King Menelaus of Sparta. The print is based on a painting by Swiss-born artist Angelica Kauffmann that was exhibited at the Royal Academy in London in 1773. The mezzotint was engraved by Irish artist Thomas Burke, who worked frequently with Kauffmann to reproduce her paintings as part of an effort to build her reputation and earn more income.